A 50-year-long history with century-deep roots. 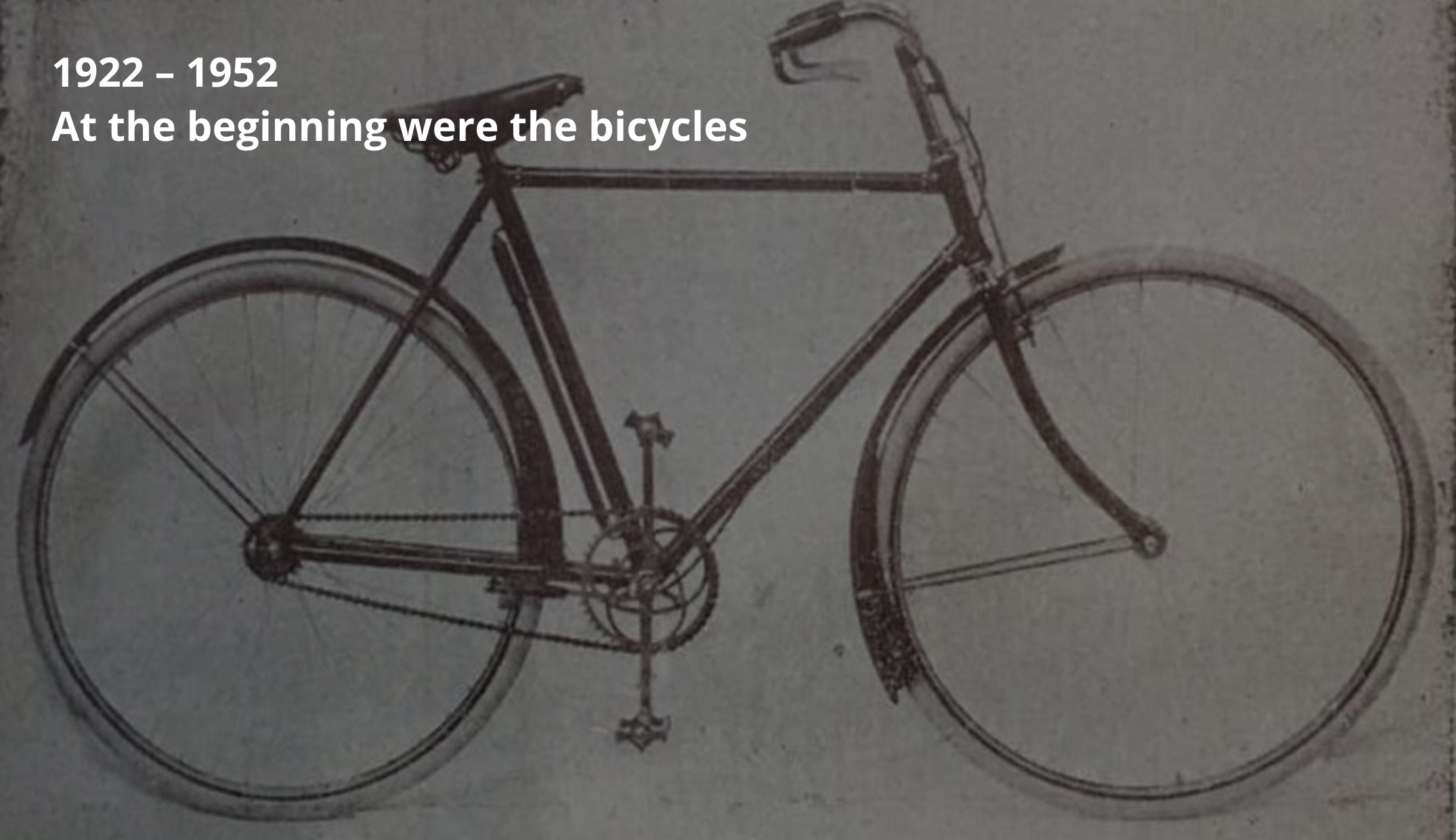 This extraordinary adventure began in 1922, when Celso Cesari started the production of Isotta bicycles, in Rigosa di Borgo Panigale, immediately obtaining excellent results that led the company to withstand the hard years of the war. Even then, Celso understands that innovation is important and, after the war, expands the range of bicycles with the Cometa and Farfallino models, on which "pipa frastagliata" attachment is mounted, still used by bicycle manufacturers; starting from the 1940s, it also includes some motorcycle models in production.

In 1952 the son of Celso, Gaetano, took over the management of the company, who, sensing the rapid market changes and taking advantage of the economic boom of those years, founded FIAR (Fabbrica Italiana Accessori Ricambi) definitively moving the business to the world of motorcycles , with the production of spare parts for Piaggio and Innocenti scooters. In 1958, to increase its business, Gaetano decided to open motorcycle dealers with related assistance workshops for the sale of Moto Mondial, Motocicli MM, Moto Bartali, Moto Devil and Moto Brera brands.

These are years of great turmoil and FIAR quickly becomes one of the major Italian manufacturers of accessories and spare parts for motorcycles, conquering the Italian and foreign market. This growth requires new spaces, therefore, in 1969 FAR spa was born, inside a modern factory in Zola Predosa, in the heart of what is called the Motor Valley, the industrial district where the major Italian motorcycle brands are based , Ducati, Moto Morini, Malaguti, Minarelli, Malanca and Cimatti and FAR becomes one of the most important companies in the sector.

At the beginning of the new millennium, the market is a new global reality and under the guidance of Gaetano's son Marco, FAR adopts new technologies and new models, raising the quality standards of the offer that allow it to be confirmed as a leader in the production of rear-view mirrors and direction indicators for motorcycles and scooters.

Today, 50 years after its foundation, FAR s.r.l. opens the doors to the fourth generation of the Cesari family. Emanuel, Diego and Valentina, Marco's sons are taking their first steps in the company, with the aim of bringing new ideas and helping to optimize business efficiency thanks to investments in innovation and technological updates, to be ready to accept new ones challenges of a rapidly changing market.